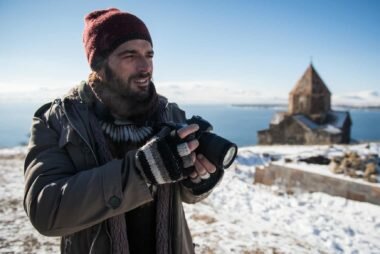 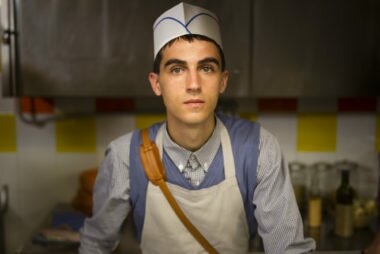 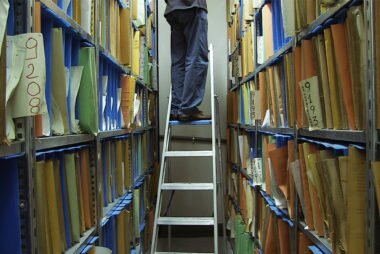 San Francisco, CA — The 22nd edition of New Italian Cinema, presented by the Italian Cultural Institute of San Francisco (Istituto Italiano di Cultura) and New Italian Cinema Events (N.I.C.E) of Florence, Italy, in association with the Consulate General of Italy in San Francisco, wrapped up a three-day run (November 30-December 2, 2018) celebrating the rich and dynamic cinematic tradition of Italy by bringing the works of the country’s veteran filmmakers and its newest directors and films to the San Francisco audiences. At a special Closing Night presentation, Andrea Magnani’s black comedy EASY was selected to receive the City of Florence Award.

“EASY is a wonderful first feature film; it is both comic and epic and draws on Italian film and literary traditions,” enthused Consul General Lorenzo Ortona about the winner of this year’s City of Florence Award. “Andrea Magnani’s deft direction and his archetypal storytelling make him a director to watch. And lead actor Nicola Nocella’s performance as a depressed former go-cart champion who goes on a journey that changes his life is poignant and exudes an exceptional physical comedy.” Commenting on the entire festival, Ortona said, “In the course of three days, Bay Area cinephiles have embraced Italian culture and Italy’s new movies and directors. It is important to be able to present upcoming Italian actors and filmmakers. I have heard in these days many positive comments from the public on the young Italian actors presented in the movies this year and that made me understand that we had reached our goal: have the Bay Area audience be acquainted with the new Italian cinema, its directors and actors. The Italian Consulate is proud to play a central role in supporting the festival and in facilitating San Francisco’s love for all things Italian.”

“The 28th edition of the NICE Film Festival (and the 22nd edition in San Francisco) closes with great public success; an important and exciting result,” said Viviana del Bianco, founder of New Italian Cinema Events in Florence, Italy and the festival’s director. “The winning formula of a selection of original and high quality films was confirmed by audience attendance and also the award to Andrea Magnani is an excellent example of the skill of Italian filmmakers. The meetings between Italian directors and the universities and high schools of the Bay Area show what curiosity and interest there is for our most vital cinema. EASY is an original on the road comedy that makes us reflect on the world of young people. A well made film, full of poetry, original for tone and style, with a flow of emotions, of humanity and where we laugh a lot.”

This year’s New Italian Cinema opened on November 30th with Francesco Falaschi’s AS NEEDED (Quanto Basta). Falaschi participated in an on stage Q&A at the Vogue Theatre. The film was co-presented by the Autism Society San Francisco Bay Area and a lively discussion ensued about the actor Luigi Fedele’s research and immersion into the Asperger’s community in preparation for the role. The Closing Night program was comprised of two award-winning documentary films, Enrico Maisto’s THE CALL (La Convocazione) and Silvia Bellotti’s OPEN TO THE PUBLIC (Aperti al Pubblico), followed by a Q&A on the state of documentary filmmaking in Italy, moderated by San Francisco Opera Dramaturg Kip Cranna.

About N.I.C.E
N.I.C.E., based in Florence, Italy, is a non-for-profit cultural organization founded in 1991 by a group of film professionals. It has grown into one of the most important expressions of Italian cinematography abroad. The goal of the organization is to promote New Italian Cinema abroad, through a series of film festivals and cultural exchanges.

QUANTO BASTA, a funny and delightful narrative takes us on a rollicking culinary road trip to Florence. The Italian National Syndicate of Film Journalist awarded the Graziella Bonacchi Award to Luigi Fedele for his exceptional performance in this film, which celebrates neurodiversity.

Isidoro (Nicola Nocella), known by everyone as Easy, is a young go-kart driver whose career is interrupted when he gains so much weight that he’s not able to get into the seat any more. One day, his successful brother Filo turns up with a small job offer for him, just so he can get out of the house and finally be behind the steering wheel again. EASY was nominated for Best Actor and Best New Director at the David di Donatello Awards and won the Jury Prize for Best Actor at the Monte-Carlo Comedy Film Festival.

This comic thriller unravels on the rolling hills of Valdobbiadene (in the Veneto region of northern Italy), where Prosecco grapes are grown. THE LAST PROSECCO, adapted from Fulvio Ervas’s eponymous novel, features a winemaking Count who is fighting to protect his territory and a Persian Italian police inspector (Giuseppe Battiston), who is more stubborn than a thick fog.

Italian citizens can be called to serve on juries on short notice: on the day before appearing for jury selection, they’re randomly selected by a computer system. And so, one morning at 10 o’clock, 60 tense Italians take their place in the Court of Assize in Milan, which tries the most well known massacres and crimes in Italy. THE CALL observes these unknown jurors in a riveting example of cinéma vérité. Director Enrico Maisto ratchets up the inevitable sifting and waiting inherent in the courtroom process with a remarkable emotional tension, exploring the court and its unique set of rules. THE CALL was awarded Best Mid-length Documentary at Hot Docs and the Premio MyMovies Audience Award at Festival dei Popoli.

The social housing authority of Naples manages the 40,000 public housing units of the city and province. Its offices, open twice a week, become the stage of exhausting verbal combats between the employees, whose task is to apply norms and regulations with impartiality and the multitudes of applicants who need help with housing. OPEN TO THE PUBLIC screened in the 2017 Festival dei Popoli and won the Premio del Pubblico (Audience Award) at the Festival dei Popoli.

Guests Invited
Each year the festival invites acclaimed Italian filmmakers, screenwriters and actors to participate in onstage Q&As following select screenings. Invited guests this year are Francesco Falaschi (AS NEEDED), Gianmarco D’Agostino (THE WHOLE WORLD, ONE STEP AT A TIME) and Andrea Magnani (EASY) and additional guests will be announced as they are confirmed. Some notable guests from recent years have included actress screenwriter Salvatore de Mola, THE STUFF OF DREAMS (2017); Valentina Carnelutti, LIKE CRAZY (2016); Paolo Sorrentino, director of the Oscar®-winning film THE GREAT BEAUTY (2013); actress and director Valeria Golino (2012); Edoardo Ponti (2014); Carlo Virzì (2012)’ Silvio Soldini (2013); and Nanni Moretti (2011).